Take a look below at the 2020 Keynote line up! Stay tuned as we announce more Keynotes over the coming weeks. Be the first to know about new speaker announcements as they are made available and sign up for our newsletter today. 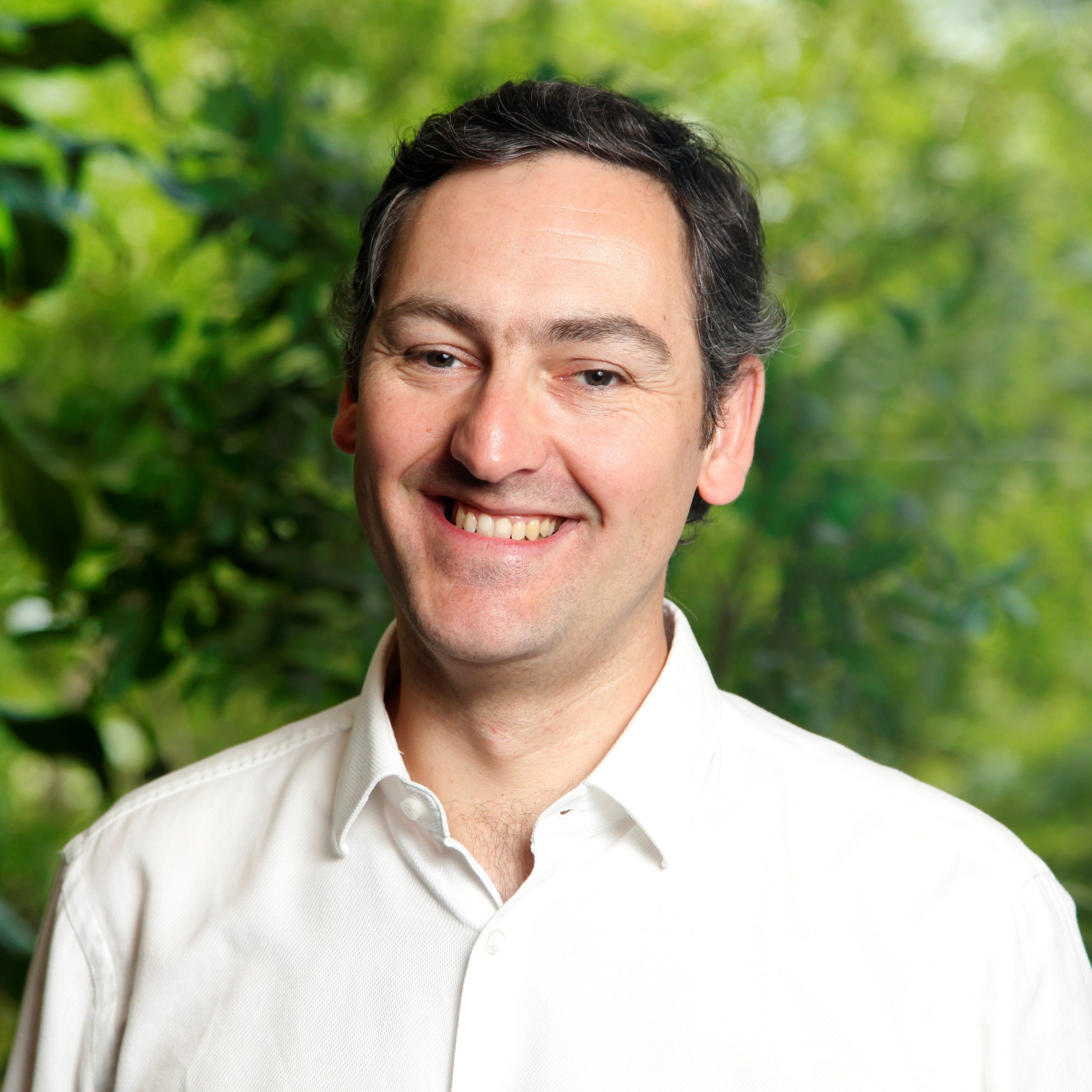 Rodolphe Héliot leads the global Business Incubation initiative at Schneider Electric, connecting the company with worldwide innovation ecosystems and launching disruptive business initiatives in the fields of buildings, energy, and industry. Prior to joining Schneider Electric, Rodolphe was an Investment Manager at Aster Capital, where he supported the Aster portfolio of companies in their growth, developed partnerships, and delivered strategic insights. Rodolphe’s key areas of expertise include energy markets, smart grids and smart buildings, and data analytics. He is particularly interested in technology that is accelerating the convergence between information technology and operational technology.

In his talk, Rodolphe explains how to identify, nurture, and support innovations that are making a contribution to future sustainability and energy efficiency. Disruptive technologies in energy are leading to an electrified energy future – find out how at #PROPEL2020! 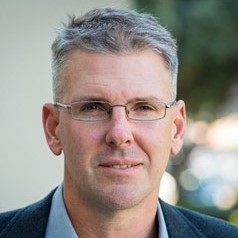 The Magic Box Paradigm: A Framework for Startup Acquisitions

Ezra Roizen is passionate about entrepreneurs, startups, and the investment community. As an accomplished leader in the tech startup world, from co-founding two tech companies (including one that is now part of SAP) to leading his own startup advisory firm, Ezra plans to share his unique insights on M&A and exit commercialization pathways at #PROPEL2020.

His book, Magic Box Paradigm: A Framework for Startup Acquisitions, has been recognized as the most comprehensive, straight-talking book on startup M&A that you could possibly read.

“What if I told you that the last thing you want from a potential acquirer is a term sheet? Or, that the casualty of a bidding war is most likely going to be you? Or, the presentation you use when you meet with investors is almost the opposite of the one you should use with strategic partners? Or, that acquirers’ efforts to reduce their risk when making an acquisition can often increase the likelihood of their failure? Startup acquisitions are counter-intuitive.“

Ezra is handing you the keys. Are you planning for the future? Do you know what your exit pathway looks like? This talk demystifies the process and provides founders with a frame of reference and an actionable M&A game plan. Don’t miss out on an opportunity to learn about Ezra’s holistic approach to developing relationships with potential strategic partners, sparking inbound acquisition interest, and ultimately optimizing and closing the deal. 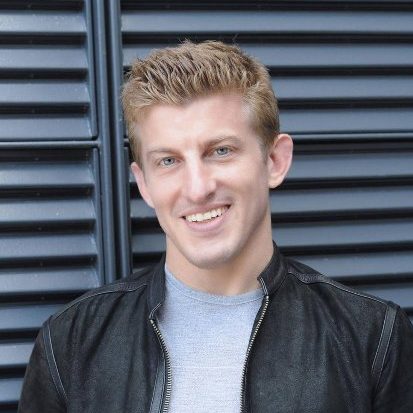 Changing the Mindset Behind Fossil Fuels

Alex Epstein is a philosopher who argues that “human flourishing” should be the guiding principle of industrial and environmental progress. He founded Center for Industrial Progress (CIP) in 2011 to offer a positive, pro-human alternative to the Green movement.

Alex’s philosophy as “anti-pollution but pro-development” immerses audiences in his eye-opening thoughts into how fossil fuels and technology will improve the lives of people—safely, cleanly, and effectively—for years to come. Epstein draws on cutting-edge research and original insights which earned him the title of “most original thinker of the year” by political commentator, John McLaughlin in 2014.

His New York Times best-selling book, The Moral Case for Fossil Fuels, argues that fossil fuels, despite popular perception, have improved every measure of human well-being, from life expectancy to clean water. Believing that the public only hears one side of the story, he discusses how we are programmed to only concentrate on the risks and side effects of fossil fuels rather than their unique ability to provide cheap, reliable energy to a world of seven billion people, most of who are in developing countries and have no access to alternatives.

He has made his moral case for fossil fuels at dozens of campuses, including Harvard, Yale, Stanford, and Duke (his alma mater). He has also spoken to employees and leaders at dozens of Fortune 500 energy companies, including ExxonMobil, Chevron, Phillips 66, Valero, Enbridge, and TransCanada. 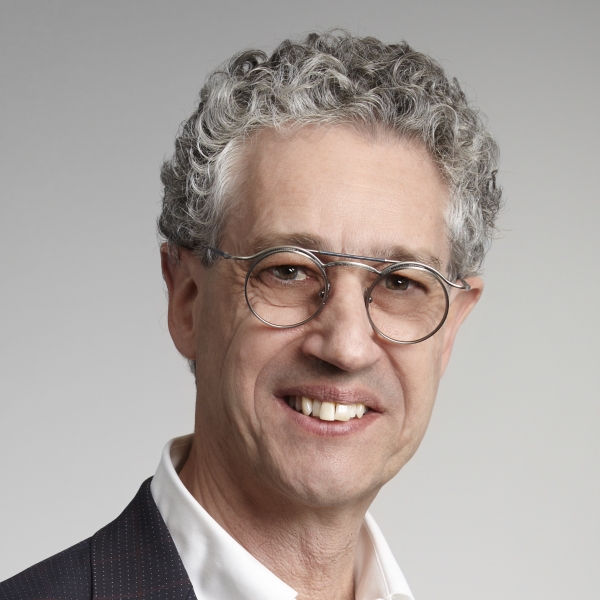 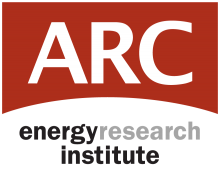 A New Era of Cleantech is Emerging: Trends, Drivers, Opportunities and Challenges

Peter is an economist, investment strategist, advisor, author and public speaker on issues vital to the future of energy.

He has clocked over 30 years of experience in the business of energy, spanning all systems from oil and gas to renewables. Peter’s passion is studying how society evolves its energy use and applying the lessons of the past into today’s strategic business issues. His holistic knowledge of physics, innovation, finance and economics allows him to give audiences thought-provoking advice on how to think about pressing issues on the transition to sustainable energy solutions.

An accomplished author, Peter’s two best-selling books, A Thousand Barrels a Second (McGraw-Hill, NY 2005) and The End of Energy Obesity (John Wiley & Sons, NY 2009) provide insight into the dynamic world of energy transitions through a thoughtful and highly readable examination of economic, environmental and geopolitical pressures. He has written over 600 weekly columns, current issues of which are distributed through various media channels.

In 2015 Peter was seconded to the four-person Royalty Review Panel for the province of Alberta – the world’s 8th largest producer of oil and gas – where he led the redesign of the fiscal policy.  In 2016 Peter was inducted into the Alberta Petroleum Hall of Fame. 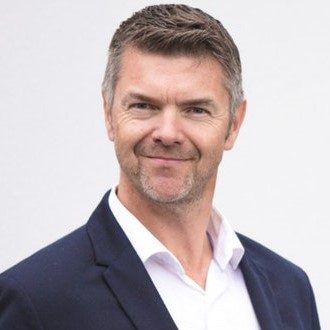 Audun Abelsnes is the Managing Director of Techstars Energy in partnership with Equinor, Kongsberg and McKinsey. For several years, Audun Abelsnes has been part-responsible for the master-level course “New Venture Creation” (5th year) at BI Norwegian Business School (one of the Top50 business schools in Europe). He also founded and sold one company and he has been instrumental in funding and scaling up a medical diagnostic company. Audun Abelsnes has spent several years in PWC management consulting and holds a Master of Science in International Marketing from BI Norwegian Business School and City University in London. 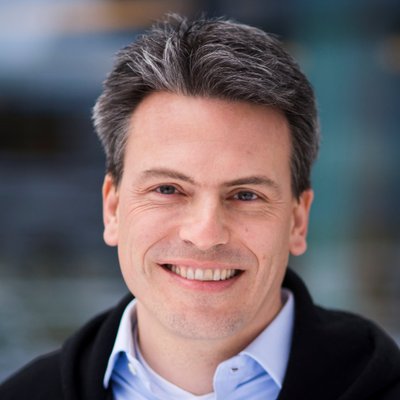 Jens Festervoll has 17 years of experience in the energy sector as a consultant and professional across the energy value chain, primarily in oil and gas. He has worked as a Program Manager to set up Statoil’s recently established Digital Centre of Excellence. Prior to that, Festervoll was Vice President for Corporate Strategy in Statoil. In addition, he has held a number of positions from gas trading, business development and analysis in Norsk Hydro and Statoil. Festervoll has a keen interest in innovation, digitalization and change management; and holds a Masters in Economics from the University of Oslo and University of Essex. Festervoll sits on the Board of Subsea Valley Cluster, a Norwegian Centre of Expertise technology cluster delivering world leading engineering from subsea to space. 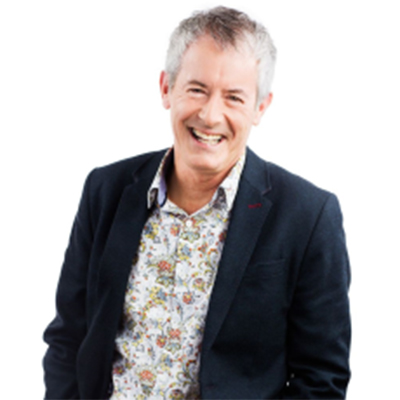 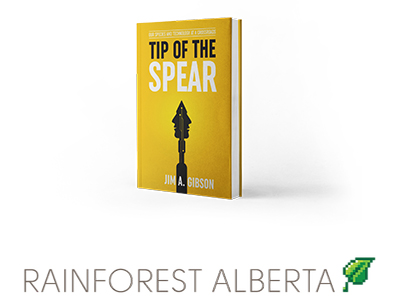 Our Species & Technology at a Crossroads

Calgary-based entrepreneur Jim Gibson is an active leader in the Alberta innovation ecosystem. With 30 years of experience at the forefront of technology and change, Jim is a passionate advocate for “paying attention” to what’s coming and providing concrete examples of how we can all be leaders and role models for change. His talk will take themes from his forthcoming book, Tip of the Spear, and challenge the #PROPEL2018 audience to understand and respond to a new world that sees infinite possibilities meeting serious global problems head on.

Jim has an MBA from the Schulich School of Business at York University, a B.Comm from the University of Toronto, and holds his Certified Management Consulting Designation. Jim lives in Calgary, Canada with his family, and travels the world sharing his experience, business acumen, and start-up wisdom.

Tip of the Spear

Passionate, experienced, and an infinitely curious entrepreneur, Gibson shares his cautionary tale of innovation and disruption in a human world. Tip of the Spear is the product of his life’s work – spanning over 30 years at the forefront of technology and change. Tip of the Spear is a comprehensive study of the state of technology and its impact in the near term on the fate of our species. The three Laws of Disruption are at the center of the story which recognizes that:

It takes a look into the future through the eyes of two thirteen-year-old girls from very different parts of the world. And concludes with a message of hope that is focused on creating a new social contract with those around us and a new definition of innovation that speaks more to Innovation of Ways than to Innovation of Things. 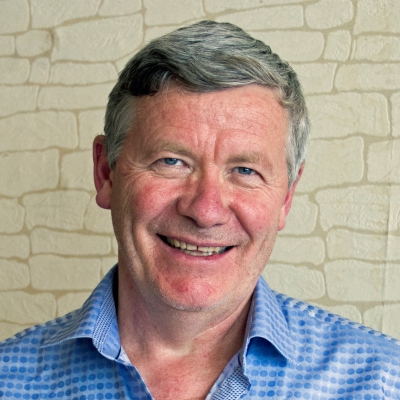 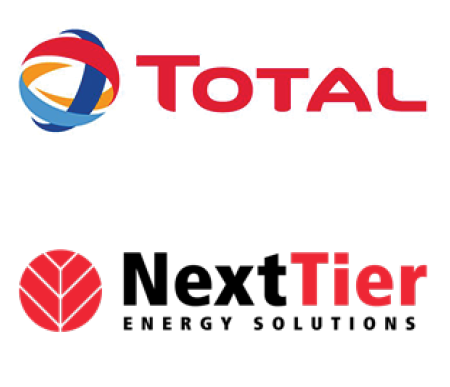 With over 25 years of experience in the energy, mining, heavy oil, and sustainable development industries – innovation has always been top of mind for Jean-Michel Gires. Best known as the man who led Total E&P into the oil sands, this O&G executive is now in the business of breakthrough innovation, investing in new technologies that aim to radically disrupt the energy sector. A born leader, Jean-Michel is set to change the way we think about the innovation economy.

Over two decades, he’s been a sustainability leader around the world and was instrumental in creating best practices for Total’s projects, specifically in the area of environmental responsibility. Gires was also named a Chevalier of the Legion d’ Honneur, in 2003, one of France’s highest civilian honours.

In 2009, Jean-Michel Gires launched the Total Ecosolutions label as his strategic vision to further support Venture Capitalism. The program offers customers ecologically efficient solutions, to help better control their environmental impact by consuming less and consuming better. At the end of 2016, over 90 products and services had received the “Total Ecosolutions” label and the sales helped save 1.7 million tonnes of CO2 over the product life-cycles.

This former co-chairman of the Oil Sands Leadership Initiative (OSLI) and former founding member of the Canadian Oil Sands Innovation Alliance (COSIA) stepped down from CEO at Total E&P to pursue a long standing passion for Energy Innovation.

Clean Hydrocarbons: A Great Idea or the New Business Model?

Join us at #PROPEL2017 as these O&G heavyweights discuss their respective company mandates for adopting and developing clean hydrocarbon technologies. The global market for a cleaner hydrocarbon is ever growing. These companies are tasked with minimizing energy inputs to maximize output, in a low carbon economy. The answers lie in tech-driven innovation.

Hear it straight from these Titans of Technology as they share their new solutions, creative methods, and tangible approaches to clean hydrocarbons. 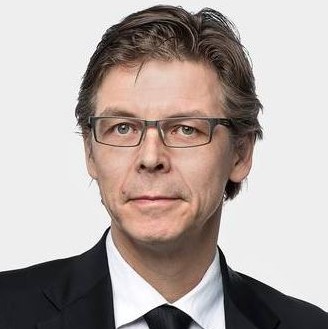 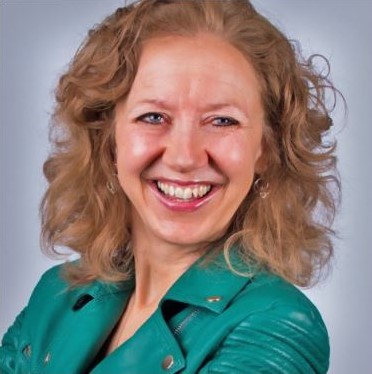 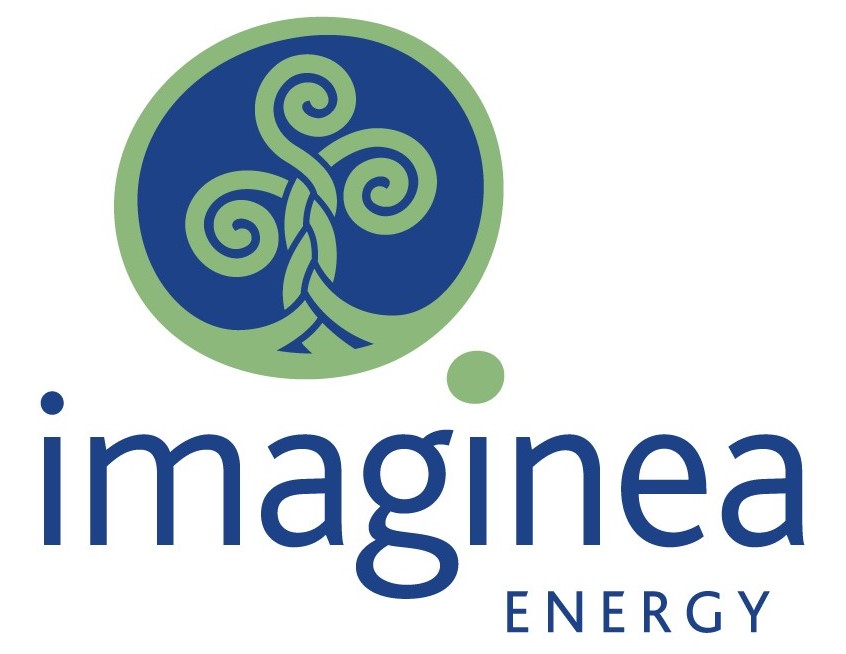 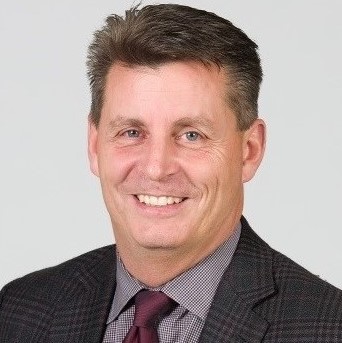 Vice-President for Marketing, Engineering and Operations 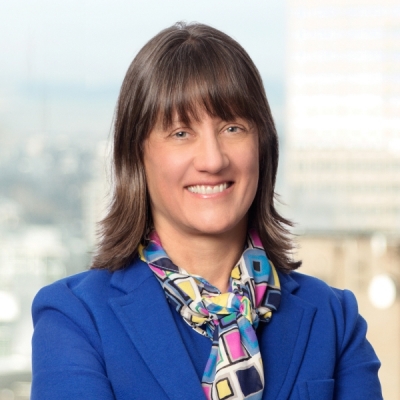 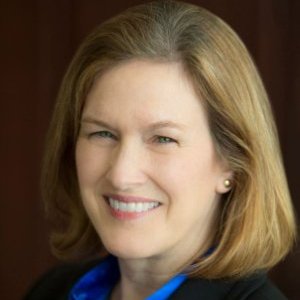 In her role as President and Chief Executive Officer of GE Canada and Vice President GE, Elyse is a passionate champion for Canada’s competitiveness, advancing the country’s science and technology base and competitive fiscal policy.

She actively engages in developing and shaping public policy through industry groups, research and advocacy organizations. Elyse serves on the Board of Directors for the C.D. Howe Institute and the Conference Board of Canada. As well, she recently completed her Board term at the Canadian Council of Chief Executives and the Canadian Chamber of Commerce, where she also served as Chair. Elyse has participated on a number of federal and provincial government advisory boards focused on Canada’s competitiveness, energy strategy, economic development, transportation strategy and access to credit.